By Owen Tonks For Mailonline

As the Marchioness of Bath she’s a woman about town.

And Thursday was no different for Emma Weymouth, 35, as she stepped out for the unveiling of the Zimmermann Resort 22 Collection at Harry’s Bar in London.

The socialite, who appeared in Strictly Come Dancing in 2019, looked effortlessly stylish as she dressed all in black for the event. 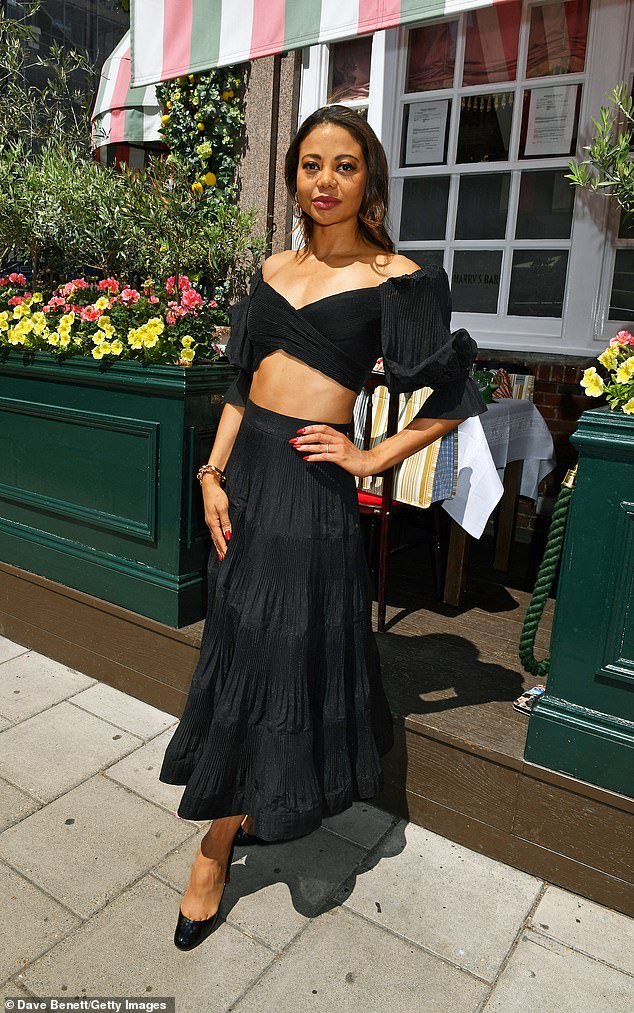 Sexy senorita: Emma Weymouth, 35, stepped out at the unveiling of the Zimmermann Resort 22 Collection at Harry’s Bar in London on Thursday wearing a flamenco-style outfit

She wore an off-the-shoulder top with a plunging neckline which left her décolletage and toned midriff was on show.

Blue blooded Emma added to the glamour by donning a ruffled flamenco-style maxi skirt and a pair of elegant court heels.

As she headed to the bash she had a smart black jacket draped over her shoulders in a bid to protect herself from the summer sun while she carried a padded black purse with a hefty gold chain in her hand.

The party-goer wore a gold bracelet to match the chain of her bag and could be seen posing alongside actress Greta Bellamacina, 30, who wore a lilac ruffled dress. 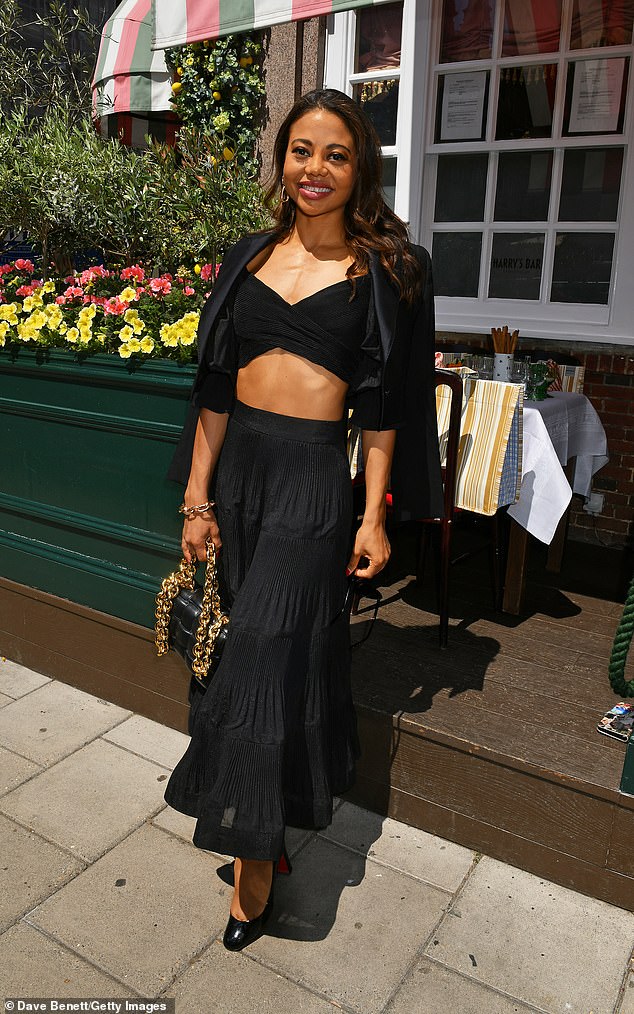 Keeping it cool: The socialite, who appeared in Strictly Come Dancing in 2019, looked effortlessly stylish as she dressed all in black 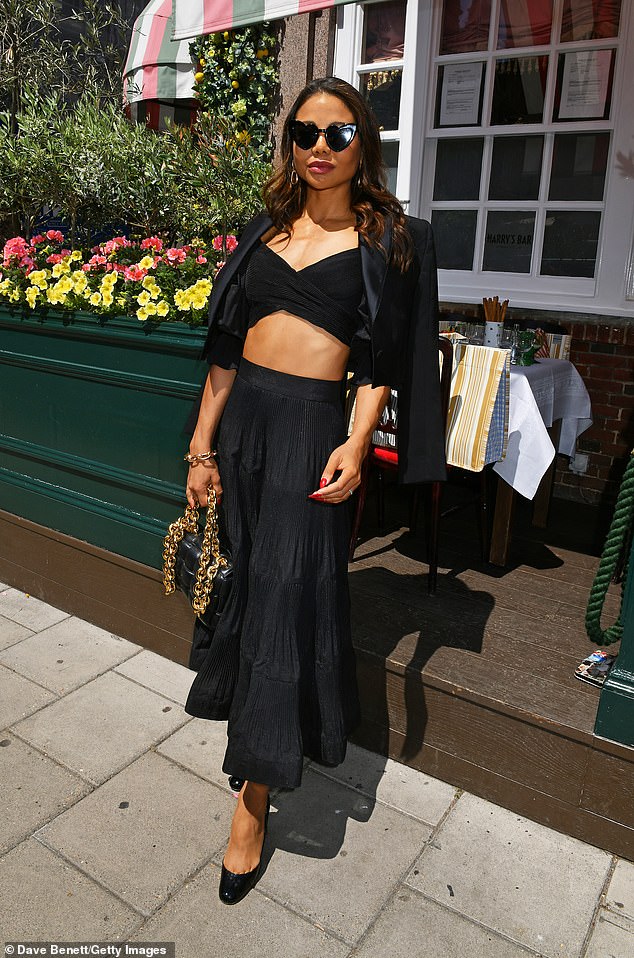 Giving it some heart: Emma wore a pair of heart-shaped sunglasses and a gold bracelet to match the chain of her bag

Emma is married to Ceawlin Thynn, 8th Marquess of Bath, 47.

He is newly titled following the unexpected passing of his father Alexander Thynn, 7th Marquess of Bath from coronavirus in April, with his estate Longleat famously being the first drive-through safari park outside of Africa.

Emma has been married to Viscount Weymouth since June 2013, with the couple sharing sons John, five, and Henry, three.

On her wedding day Emma became the first black marchioness in British history.

Yet in Novemeber Emma said she doesn’t want her skin colour to be a ‘defining characteristic’ and is a reluctant role model after becoming Britain’s first black marchioness. 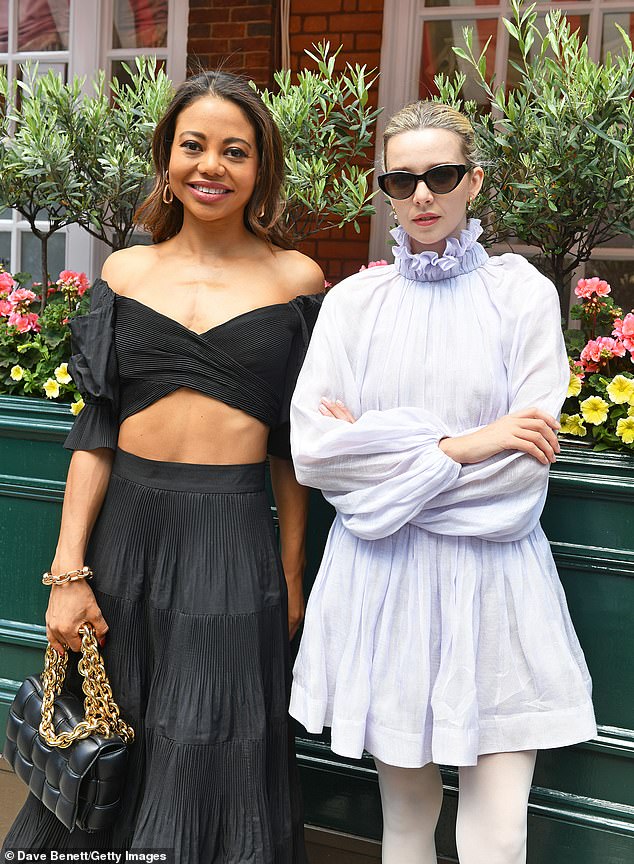 Fashion pals: Emma posed with model Greta Bellamacina at the fashion bash, with the pair putting effort in to dress up for the day 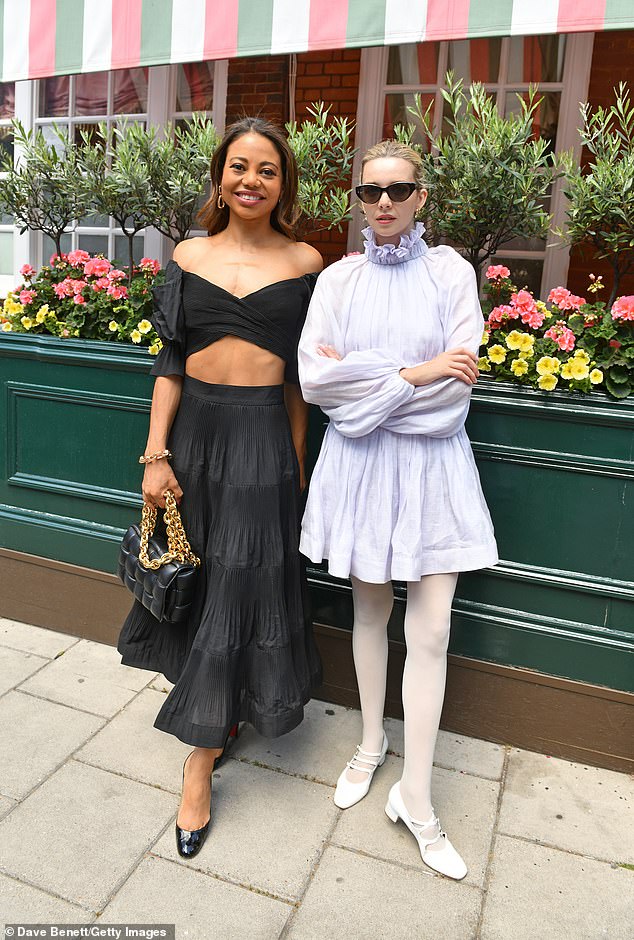 Stepping back in time: Actress Greta, 30, wore a lilac ruffled dress that may have looked at home in a period drama with some more detailing

Emma starred on the cover of Tatler‘s January 2021 issue and opened up about her family’s wildly ambitious plans for Longleat, their Wiltshire estate.

While Emma, the daughter of a Nigerian oil tycoon, is deeply respectful of her new title, she is a reluctant role model, according to the society magazine.

‘Where I have been discussed in a positive light, as positive change, I’m grateful for being included in the conversation,’ she said.

‘I see my role as a practical thing: as a wife, mother and someone with a responsibility to maintain this incredible estate. I aspire to a future where [my skin colour] is not a defining characteristic.’ 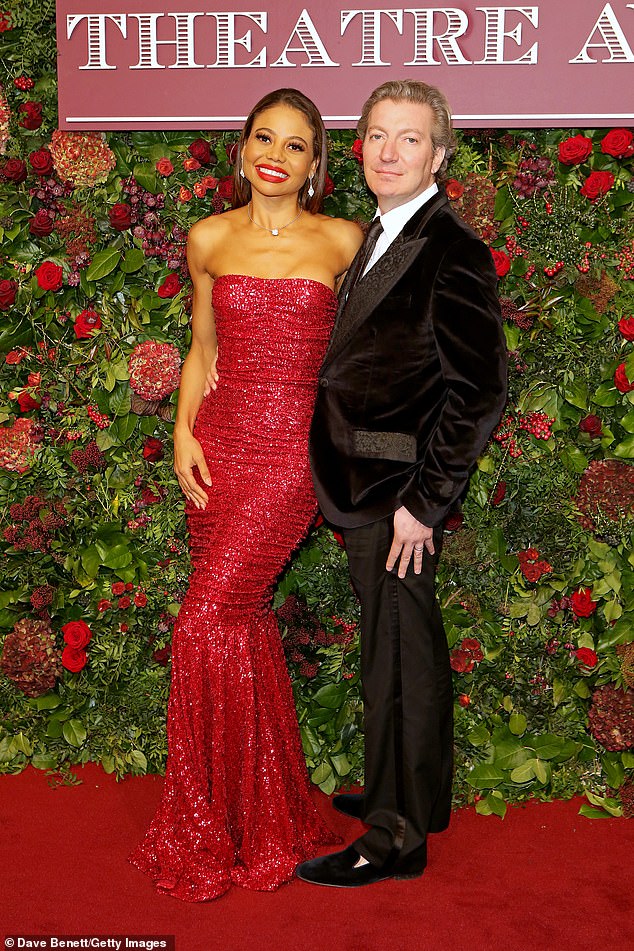 Happy couple: Emma has been married to Viscount Weymouth – Alexander Thynn’s son – since June 2013, with the couple sharing sons John, five, and Henry, three (pictured in 2019)

Jose Mourinho was disappointed with Reece James’ performance in … END_OF_DOCUMENT_TOKEN_TO_BE_REPLACED

Sorry, Readability was unable to parse this page for content. … END_OF_DOCUMENT_TOKEN_TO_BE_REPLACED